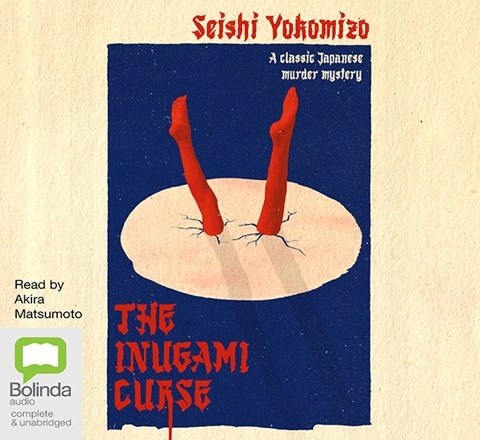 Akira Matsumoto provides rich characterizations of the broad cast of characters in this complex Japanese murder mystery. His engaging performance is welcome, as Yokomizo's crime drama includes a long list of names and settings that make this listening experience less than casual. Those new to the series will quickly identify Kosuke Kindaichi as an archetypal detective with the same perceptive skills as Poirot and Holmes. After the head of the powerful Inuagami family dies, members of the clan are killed in a series of gruesome murders. Intriguing elements, including a mysterious masked man and the use of a koto (zither) string as a weapon, anchor the story to its postwar Japan setting. Matsumoto's performance is an effective guide, hitting all the right notes of shock, horror, and humor. S.P.C. © AudioFile 2022, Portland, Maine [Published: JULY 2022]