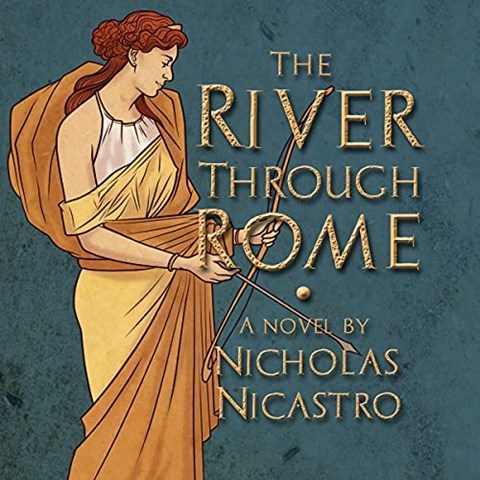 THE RIVER THROUGH ROME

Narrator Melanie Crawley's scratchy, sharp-edged voice reflects the emotional and political storms revolving around Nonius, engineer of the late Roman Republic. Contracted to install public water lines throughout a poor Roman community, he's confronted with opposition from community members, particularly stentorian-sounding Quintus, a senator, and Quintus's lusty wife, Calixta. When Nonius falls in love with shameless and emotionally abrasive Amaris, Quintus and Calixta's young servant, his fortunes take a decided turn for the worse. Crawley pronounces Latin terms as though they were English words, jarringly shifting the listener's attention from Ancient Rome to the present. However, his unemotional performance focuses attention on the legal troubles of Nonius as he becomes entangled in Amaris's sexual and emotional net. M.B.K. © AudioFile 2022, Portland, Maine [Published: APRIL 2022]