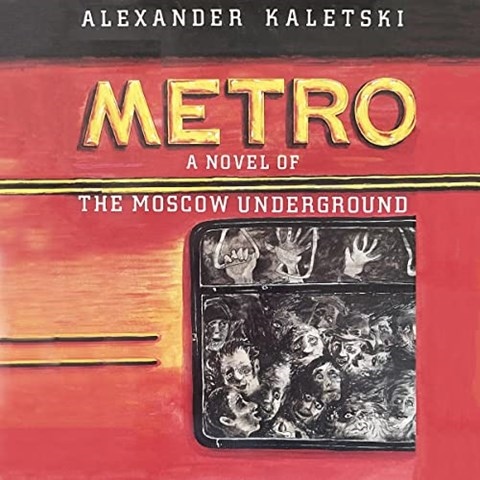 METRO A Novel of the Moscow Underground

Narrator Edoardo Ballerini shines as he portrays a star-struck Russian student trapped in the drudgery of small-town life. Sasha goes to Moscow to study drama but quickly becomes part of a group of artists, scallywags, dreamers, scoundrels, and minor criminals who ride the Moscow subway. Ballerini adds rising tension to his performance as Sasha matures and ultimately finds his place in society. Kaletski's bittersweet classic, originally published in 1986, gives Sasha a choice: stay and follow the path likely leading to a life of crime or escape his homeland. Sasha achieves his dream of acting but eventually decides to leave the claustrophobic atmosphere of Russia in the 1980s. During the final philosophical showdown, Ballerini's tone is both heartbreaking and life-affirming. R.O. © AudioFile 2022, Portland, Maine [Published: MARCH 2022]