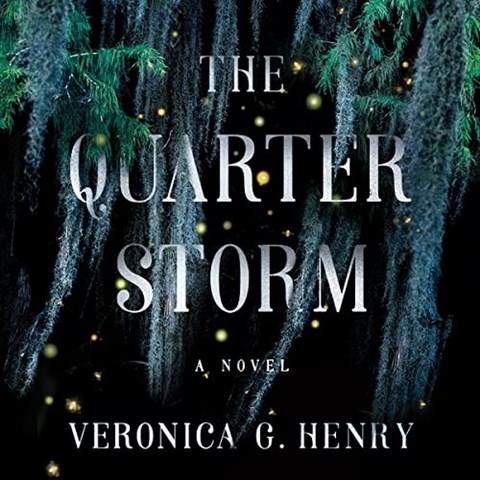 Narrator Robin Miles transports listeners to the hidden corners of New Orleans in this tale of murder and magic. Mambo Reina Dumond considers herself a native of New Orleans despite her Haitian background. When a grisly murder is blamed on a fellow vodouisant, Reina feels compelled to investigate. Her questions and the powers granted by her patron spirit, Erzulie, bring her into conflict with both the police and the Vodou community. Miles voices Reina with a distinct blend of Creole and Haitian accents, emphasizing both her strength and her wistfulness about the people missing from her life. The variously accented characters who populate this detailed portrayal of New Orleans create a feeling of lived-in authenticity, especially Sophie, whose sublime Yat accent deserves a special nod. N.M. © AudioFile 2022, Portland, Maine [Published: MAY 2022]