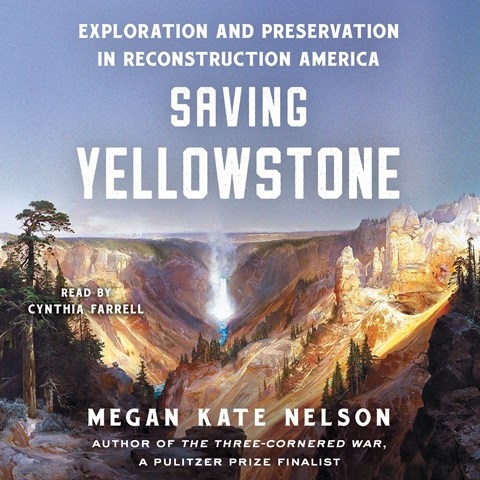 Cynthia Farrell's crisp voice suits this history of Yellowstone National Park. Whether carefully pronouncing the Sioux and other Native American languages or telling the many engaging stories of the early 1870s, she narrates with intelligence, a careful cadence, and an actor's dramatic style. The history is told through three central figures: the financier Jay Cooke, who endeavored to bring the railroad within 50 miles of the proposed park; geologist Ferdinand Hayes, whose 1871 expedition led directly to the 1872 legislation that created the park; and the courageous Sitting Bull, who led his Lakota people in resisting the incursions on their historic lands. The early 1870s, with Reconstruction taking place in the South and Manifest Destiny overtaking the West, provide historian Nelson a vivid backdrop for this audiobook. A.D.M. © AudioFile 2022, Portland, Maine [Published: MARCH 2022]