Home»Reviews»THE FLAG, THE CROSS, AND THE STATION WAGON 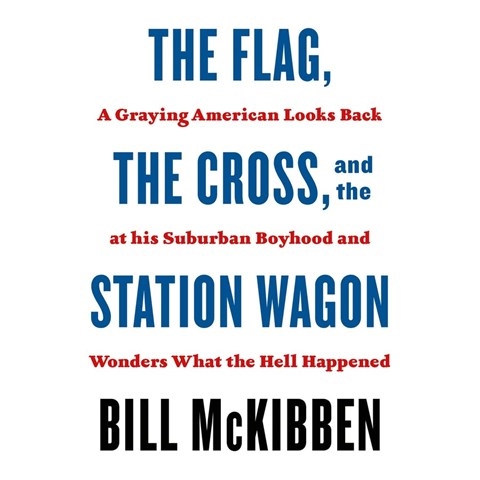 THE FLAG, THE CROSS, AND THE STATION WAGON A Graying American Looks Back at His Suburban Boyhood and Wonders What the Hell Happened

Narrator Eric Jason Martin adds gusto to this mini-memoir, which spans much of author Bill McKibben's lifetime. Listeners first see him as a proud American teen who guides tours on the Revolution in his hometown of Lexington, Massachusetts. But as he grows older, he observes continued racism--including inequality of income, housing, education, and more--and cries out WHY? Martin deftly delivers McKibben's biting humor and sarcasm, along with his moving quotes from studies on racism, including the unholy relationship between American Christianity and its legacy of racism. McKibben finally determines that unless drastic measures, such as reparations, are taken, Blacks will never move toward equality with whites. Most effective is McKibben's confrontation of Baby Boomers and others. S.G.B. © AudioFile 2022, Portland, Maine [Published: JUNE 2022]