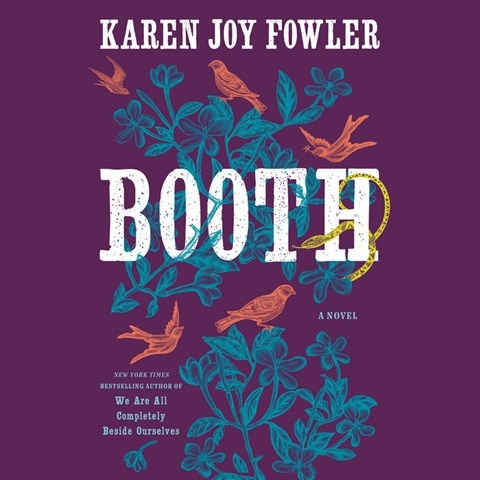 January LaVoy narrates this well-researched saga about the theatrical Booth family, made infamous by the actions of assassin John Wilkes Booth. Her tone captures tumultuous key moments in history--from events in Lincoln's life to John Brown's rebellion to the eventual passing of the 13th Amendment, abolishing slavery. LaVoy shows eldest sister Rosalie to be "Johnny's" staunch supporter, and as vivacious sister Asia, LaVoy imparts the charm and feisty nature that mirrors John's. She captures John's jealousy of brother Edwin's acclaim while fame eludes him. Despite growing up in a family of intelligent freethinkers, John becomes a slavery advocate fanatic enough to commit murder. LaVoy's performance makes each surprising revelation sound fresh and original. This is fascinating listening. S.J.H. © AudioFile 2022, Portland, Maine [Published: MARCH 2022]