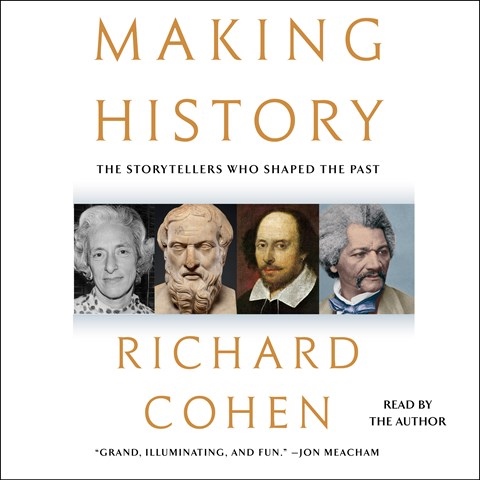 MAKING HISTORY The Storytellers Who Shaped the Past

It's hard to imagine any other narrator performing this audiobook as effectively, and equally hard to imagine this narrator performing any work other than his own. A well-known British publisher and author, Richard Cohen has a strong, distinctive, heavily accented voice, untrained but engaging--a grandpa voice. It's one you grow accustomed to over time and eventually come to appreciate as his information-packed and idiosyncratic narrative unfolds. All the great historians are here--Herodotus, Tacitus, Gibbon--along with figures like Caesar, Machiavelli, and Churchill whom you wouldn't primarily class as historians. But who cares? Cohen is a gifted raconteur, informative, sometimes tiresome, but someone you can listen to anytime, anywhere, in any order and feel you've profited. D.A.W. © AudioFile 2022, Portland, Maine [Published: MAY 2022]