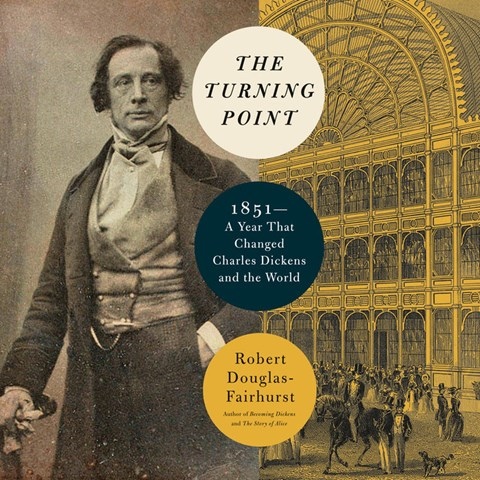 Narrator Philip Stevens captures everything so familiar in Dickens's style--its energy, its drollery, its period flavor. However, author Robert Douglas-Fairhurst's narrative is an insightful biographical and social analysis focused on the single year 1851, the year Dickens began writing his pivotal novel BLEAK HOUSE, the year of London's Crystal Palace and Great Exhibition. Stevens's passages from that novel are superb, and one longs to hear him perform it in its entirety. Dickens himself turns out to be a fascinating, complex, but not entirely likable personality, who indulges in some perfectly awful behavior. Stevens enlivens but redefines Douglas-Fairhurst's tone and intent, making it several degrees lighter, and less incisive. D.A.W. © AudioFile 2022, Portland, Maine [Published: APRIL 2022]