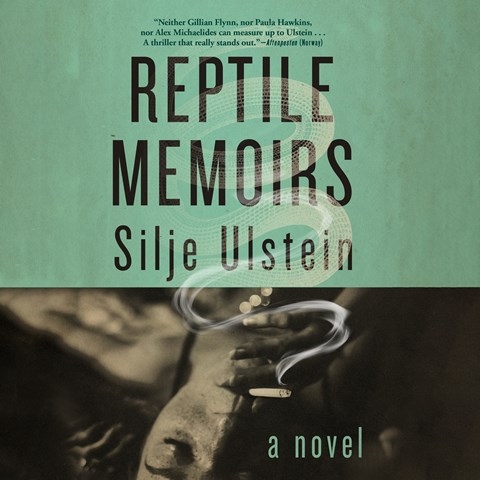 Listeners will be captivated by this twisty thriller featuring characters nearly as cold-blooded as the pet snake, Nero, who plays a prominent role. There are multiple narrators in this dual timeline story, all of whom sound vaguely similar; none are particularly likable, but they're plausible, including Nero. Julia Massey narrates with a feverish intensity that suits the mood, which inspires dread and horror. The lead character is Sarah/Liv/Mariam, who sheds her identities as easily as Nero sheds his skin. In her last persona, she is a mother with a missing daughter. This debut Norwegian mystery is another example of the popular genre called Scandinavian noir. D.L.G. © AudioFile 2022, Portland, Maine [Published: JUNE 2022]