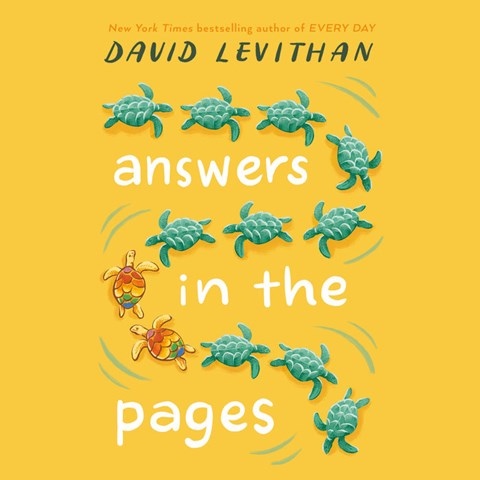 ANSWERS IN THE PAGES

Author David Levithan offers a story about the difference between challenging books and supporting children. Narrator Christopher Gebauer portrays Donovan, a boy whose mother thinks a line about love between two boys in a book assigned by his teacher is inappropriate. Gebauer's curious and earnest tone for Donovan is in counterpoint to his mother's campaign to remove the book. Excerpts of the hilarious action-packed book being challenged are delivered by Oliver Wyman in a movie trailer voice-over tone. Interspersed is the initially disconnected story of a budding friendship between two boys that slowly becomes something more. It is told by Vikas Adam in a calm tone and measured cadence. All three stories combine with maximum impact to depict the reality of LGBTQ+ issues in elementary school. S.T.C. © AudioFile 2022, Portland, Maine [Published: JUNE 2022]