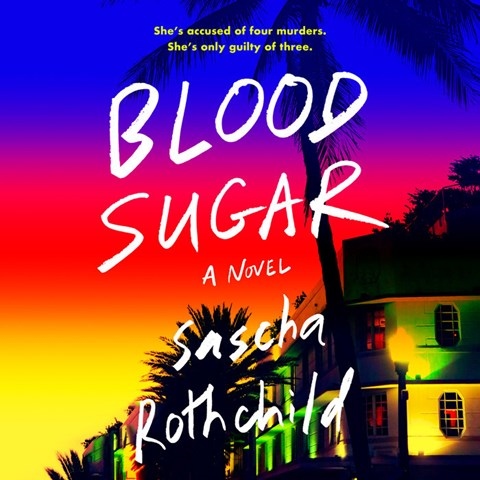 Narrator Allyson Ryan's nuanced performance conveys therapist and killer Ruby's emotional evolution in this captivating thriller. Ruby has gotten away with murder three times in as many decades, but it's not until her husband dies that suspicion lands on her. As she fights to clear her name of one murder she, ironically, didn't commit, she contemplates the lives she did take. Alternating between the present day in a Miami police department interrogation room and flashbacks to her upbringing in the city and, later, her Yale education, the story allows listeners to become acquainted with Ruby's logical mind and likable personality. Ryan's clear voice and even pace are consistent with Ruby's calm, confident demeanor. Frantic screams and a whispered apology as a witness recounts a statement amp up the drama in particularly tense scenes. A.L.C. © AudioFile 2022, Portland, Maine [Published: MAY 2022]