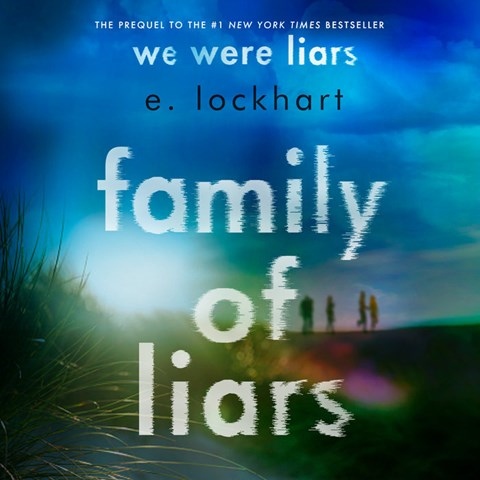 FAMILY OF LIARS We Were Liars, Book 0.5

The prequel to the popular WE WERE LIARS has serious spoiler alerts, so listen to these audiobooks in the order they were published. Narrator Kimberly Farr convincingly delivers the jaded viewpoint of privileged 17-year-old Carrie Sinclair, who recounts the worst thing she ever did in her childhood. In the summer of 1987, she was recovering from a painful operation and dealing with her sister's ghost, as well as her own jealousies, betrayals, and attempts at avoidance through pain medication. That's all before her family's secrets begin to be revealed. Farr captures the tense tone of a story in which events build dramatically, unexpected happenings add darkness, and surprises lurk around every corner. Though it lacks the first book's twist at the end, this is still a gripping listen. S.W. © AudioFile 2022, Portland, Maine [Published: MAY 2022]