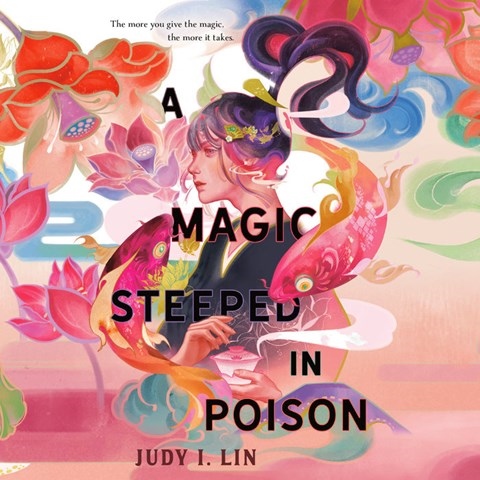 A MAGIC STEEPED IN POISON The Book of Tea, 1

by Judy I. Lin | Read by Carolyn Kang

Narrator Carolyn Kang sounds appropriately young and earnest as Ning, a teenager determined to save her sister's life in this historical fantasy inspired by Chinese culture and mythology. She's sick from the same poison that killed their mother, and Ning believes that her only hope for an antidote is to follow in her mother's footsteps and compete to become Princess Zhen's official shennong-shi, a wielder of tea magic. While Kang gives only subtle vocal distinctions to the characters Ning encounters, her pronunciation of Chinese names and words adds to the atmosphere and intricate world-building. As she and her competitors perform the tea rituals, Ning is swept up in palace intrigue, violent political upheaval, and questions about whom she can trust. A cliff-hanger ending will leave listeners anticipating the sequel. J.M.D. © AudioFile 2022, Portland, Maine [Published: MAY 2022]