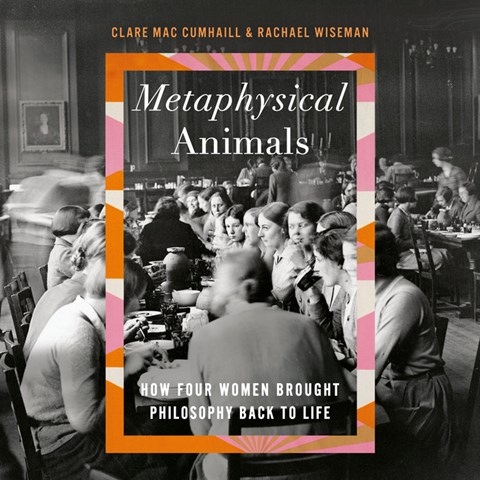 METAPHYSICAL ANIMALS How Four Women Brought Philosophy Back to Life

Written as a portrait of four friends who attended Oxford together during WWII, this audiobook explores the ways that these women-- Iris Murdoch, Philippa Foot, Elizabeth Anscombe, and Mary Midgley-- introduced new approaches to the discipline of philosophy. Alex Dunmore narrates both the women's voices and the occasional German or American voice, complete with accents, with equal poise. Each subject of this study went on to have a distinguished career, including Murdoch who, though a prolific and successful novelist, was for many years a don at Oxford. Listeners will learn about these women's lives in postwar Britain, as well as the various philosophical trends that evolved following the war and how "philosophizing while female," as the authors term it, challenged many of the theories that had existed since Aristotle. L.W.S. © AudioFile 2022, Portland, Maine [Published: JUNE 2022]