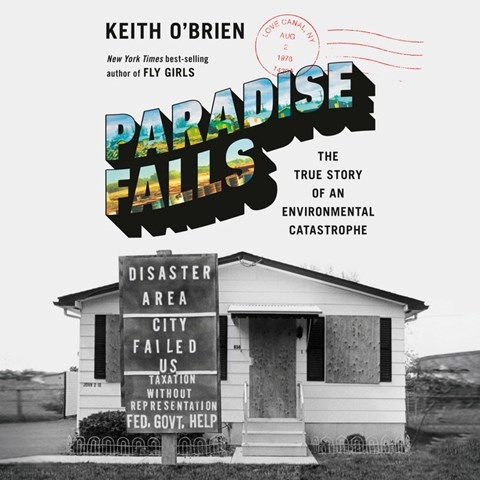 PARADISE FALLS The True Story of an Environmental Catastrophe

The listener would be forgiven for calling this audiobook a horror story. However, it's not from the imagination of a writer like Stephen King. Instead, it is the true story of Love Canal, an environmental disaster in Niagara Falls, New York, that captured the attention of the nation in the 1970s. Narrator Eileen Stevens's pacing is perfect. She seamlessly moves through a cast of characters who include heroic mothers, a young reporter, a do-gooder, unconcerned politicians, and sympathetic yet sclerotic bureaucrats. Stevens portrays all of them with great care. This remarkable and inspiring work will have listeners furious at the corporate greed and malfeasance described but also in awe of the mothers who fought to save their neighborhood and their families. J.P.S. © AudioFile 2022, Portland, Maine [Published: AUGUST 2022]