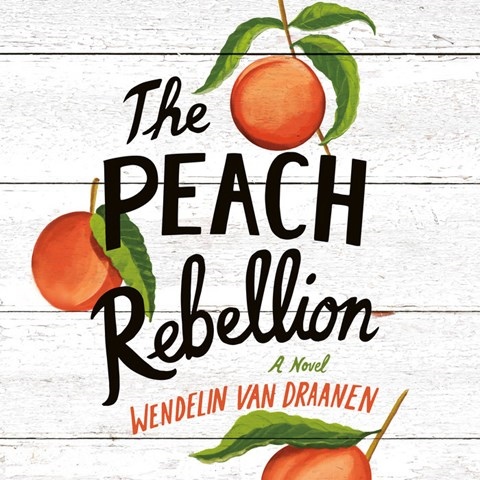 Lauri Jo Daniels and Emily Ellet portray two strong teens who are living in California's Central Valley during the 1940s. Daniels colors the chapters narrated by 16-year-old Ginny Rose with a mild Oklahoma accent. Daniels also captures the tenderness Ginny Rose has for her sisters and her best friend, Peggy. Ginny Rose's family lost their Oklahoma farm in the Dust Bowl, and at age 6, with both dysentery and dust raging, she helped her father bury her two young brothers, and she's been supporting the family ever since. Ellet narrates Peggy's chapters, reflecting her higher class, privilege, and sensitivity to Ginny Rose's difficulties. Peggy faces her own troubles when she learns how her family's patriarchal structure has been undercutting her power. Prejudices surrounding class, economics, and gender are strong themes. S.W. © AudioFile 2022, Portland, Maine [Published: JULY 2022]