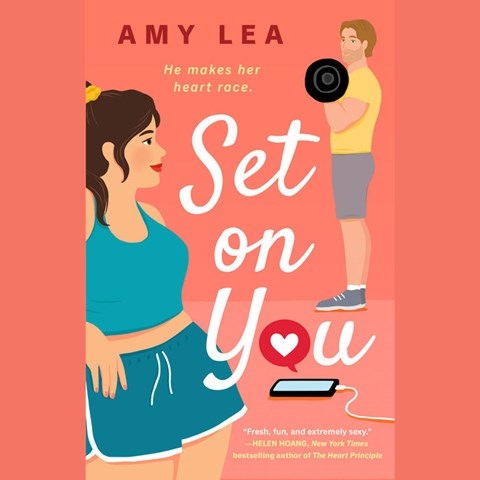 This debut rom-com, narrated by Carolyn Kang, features a curvy fitness influencer named Crystal and a hard-bodied firefighter named Scott. When a sexy stranger keeps interrupting her workouts, body-positive Instagrammer Crystal sees red. But as their lives become intertwined, they realize their grandparents are trying to set them up. A relative newcomer to narrating, Kang has a pleasant tone that makes for a promising performance. However, slow pacing, little distinction among characters, and a flat intonation play down the drama, even with frequent dramatic pauses. Despite Crystal's being in her late 20s, Kang's youthful-sounding voice makes the character sound like an older teenager. A serviceable production. A.L.S.M. © AudioFile 2022, Portland, Maine [Published: JUNE 2022]