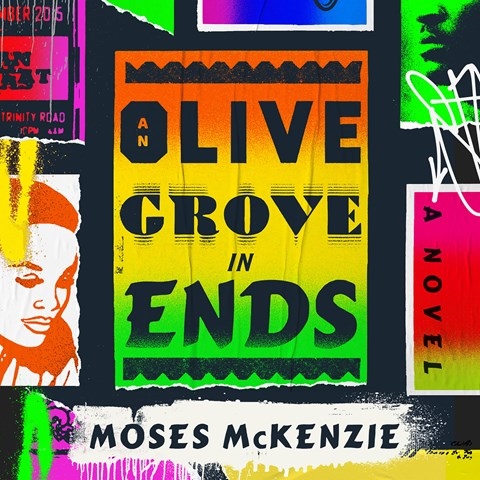 AN OLIVE GROVE IN ENDS

Louis McKenzie portrays indigent but hopeful Sayon Hughes as he grows up in the Caribbean-Somali area of Bristol, England. The Hughes family--large and loving--sell drugs to survive. Sayon is unforgettably rendered as he is torn between the street and his love for Shona and Elia, both flawlessly portrayed, whose friendship helps him to excel in school. As young men, Sayon and his cousin have each other's backs--and the nature of their relationship produces devastating consequences. McKenzie amplifies vibrant food and clothing, along with the prevailing desperation, making the city of Bristol an ever-present character. Emotive descriptions of Christianity and Islam, which influence Sayon's decisions, add depth. Audio is the only format in which to fully appreciate this stunning narrative. S.G.B. © AudioFile 2022, Portland, Maine [Published: JULY 2022]