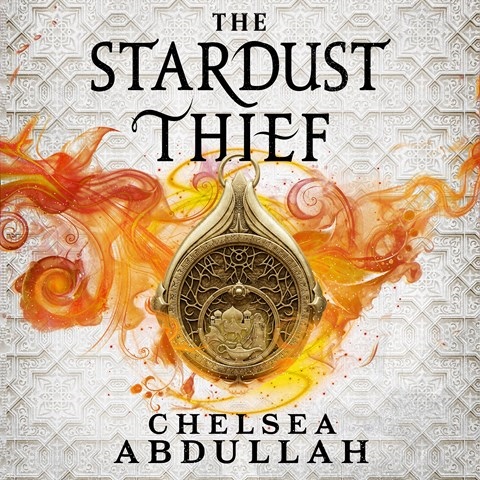 As three protagonists set out to find a treasure, this audiobook's point of view shifts among them. Nikki Massoud imbues relic seller Loulie, the Midnight Merchant, with confidence and inner strength that is occasionally undercut by nervousness. Massoud keeps Loulie at a simmer as she is forced to join the relic hunt. Sean Rohani captures Prince Mazen's youth and eagerness for adventure. Rohani keeps listeners spellbound through the Prince's storytelling and also captures the essence of the chatter in the streets, where djinn are a hot topic. Rasha Zamamiri as Aisha, one of 40 thieves, keeps menace in her voice, leaving room for a hint of mercy. The multiple voices shift often, but that won't keep listeners from immersing themselves in this story's world-building. J.A.S. © AudioFile 2022, Portland, Maine [Published: JULY 2022]