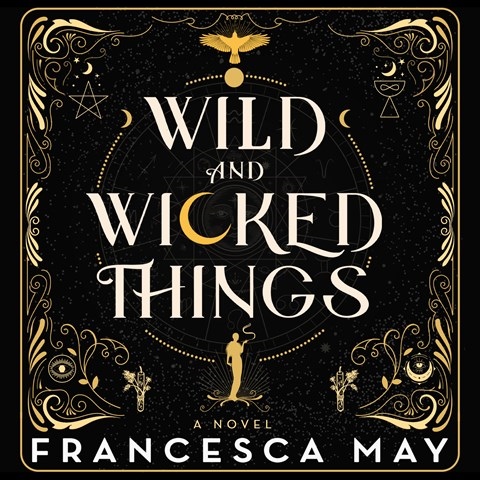 Here is an irresistible audio production featuring a world in which magic is both an inescapable and illegal reality. The author's alternate post-World-War-I England is infused with a beguiling blend of magic and gothic-tinged suspense. After the death of her absentee father, Annie Mason arrives on Crow Island to handle his estate. Narrators Marisa Calin and Gemma Dawson alternate between Annie and witch Emmaline Delacroix, respectively, as an overdue blood-magic debt threatens everyone on the island. Calin's and Dawson's keen characterizations draw listeners into the featured characters' journey, and they create distinctive voices for the supporting cast. Atmospheric instrumentals enhance the narrative whenever legends of the island's magic are revealed. Ralph Lister contributes solid performances of the key male characters. J.R.T. © AudioFile 2022, Portland, Maine [Published: APRIL 2022]