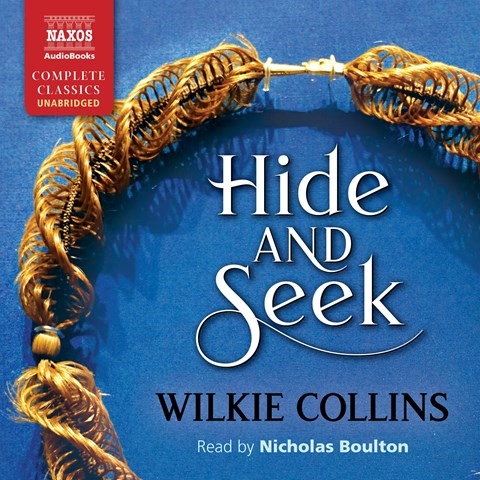 As Wilkie Collins weaves a mystery centered on an orphaned child's parentage, narrator Nicholas Boulton captures the sundry characters one by one. Young Mary is adopted by a kindhearted artist and his wife after her mother dies unnamed. No one imagines that the key to her past is a hair bracelet that has been locked away. Boulton's cadence suits Collins's prose. He is both versatile and precise in his characterizations. He captures the eccentric and mysterious American visitor, Grice, as convincingly as the likable and lackadaisical Englishman, Zack Thorpe. With natural ease in his narrating style, Boulton delivers a charming performance of Collins's entertaining mystery. D.M.W. © AudioFile 2022, Portland, Maine [Published: SEPTEMBER 2022]