Home»Reviews»A BALLAD OF LOVE AND GLORY 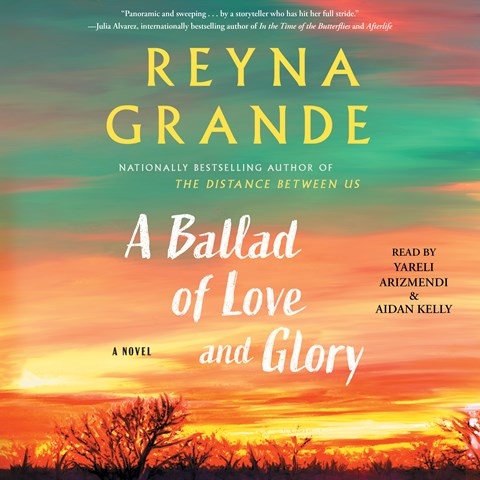 A BALLAD OF LOVE AND GLORY

The Mexican-American War is little known in the U.S., but Mexicans think of it with regret and rage. Narrator Yareli Arizmendl tells this grim story of the American invasion of Mexico with conviction and subtle elegance. Her co-narrator, Aidan Kelly, uses his manly seductive voice to portray both romantic interludes and the grisly details of American barbarism. The hero of the story is U.S. Private John Riley, an Irishman who deserts and joins the other side because of the abysmal treatment of immigrant troops by U.S. officers and his sympathy for Mexico's usurpation--much like Ireland's. Kelly's General Santa Anna is dynamically portrayed and unforgettable. Although it's fiction, this is a revisionist look at a woeful chapter of U.S. history. D.L.G © AudioFile 2022, Portland, Maine [Published: MAY 2022]