Home»Reviews»ZACHARY YING AND THE DRAGON EMPEROR 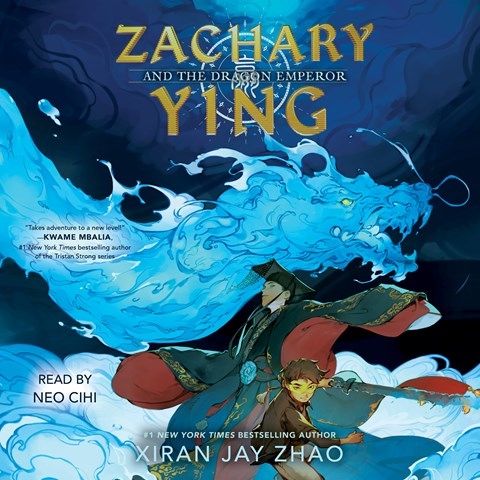 ZACHARY YING AND THE DRAGON EMPEROR

Neo Cihi narrates this action-packed middle-grade audiobook with dramatic emphasis. Zachary Ying is swept into a supernatural quest across China when he’s possessed by the spirit of a 2,000-year-old Chinese emperor through his high-tech gaming device. He joins fellow 12-year-olds Simon and Melissa, also possessed by emperor spirits, to help save China—and his mom, whose own spirit is in danger. Cihi switches seamlessly between English and Chinese, differentiates Zack’s American English and Simon’s Chinese-accented English, and changes their voice when the emperor spirits take over. As the high-intensity adventure ramps up, listeners learn that Zack feels like an outsider—as a Chinese American in Maine, as a Muslim in China whose family faced violent persecution, and as a boy with crushes on other boys. J.M.D. © AudioFile 2022, Portland, Maine [Published: MAY 2022]