Home»Reviews»NOTES ON YOUR SUDDEN DISAPPEARANCE 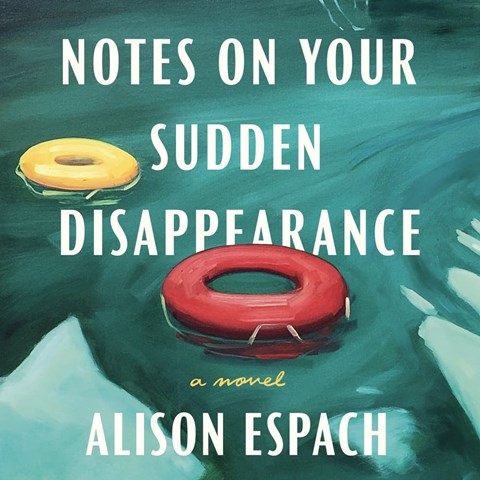 NOTES ON YOUR SUDDEN DISAPPEARANCE

Jesse Vilinsky channels Sally Holt, a brash, straight-talking young woman who blames her 13-year-old self for the accident that killed her older sister, Kathy. Vilinsky matches Sally's harsh assessment of herself as she reveals her feelings with self-deprecating sarcasm in a long, rambling letter to Kathy. She recounts the devastating changes experienced by her family after the accident; the derailment of star athlete Billy, Kathy's boyfriend, who was driving the car; and her own deeply conflicted jealousy toward Kathy due to her own crush on Billy. Vilinsky is spot-on at expressing carefully tempered emotions to deliver Sally's melancholy at losing her sister and best friend. Alison Espach's engrossing, well-written novel and Vilinsky's skillful narration bring home the effects of tragedy on the people left behind. S.J.H. © AudioFile 2022, Portland, Maine [Published: AUGUST 2022]