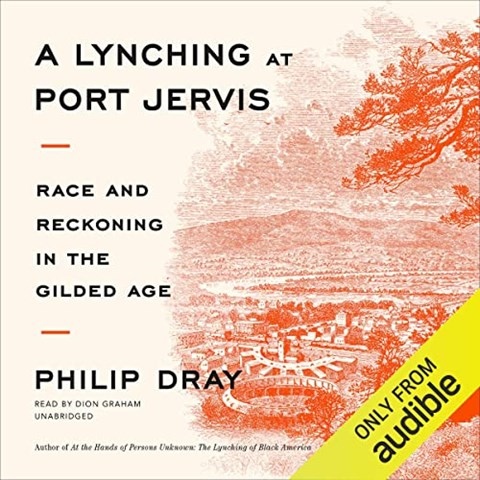 On June 2, 1892, Robert Lewis, a young Black man, was captured by a mob of men intent on stringing him up for assault of a white woman, for which he was never convicted. Listeners are transported to that day by narrator Dion Graham, who delivers an electrifying performance of the activities before and after this heinous crime. Port Jervis was a bucolic town in upstate New York, where violence like this was not supposed to happen. Graham's portrayal of this little known racist incident is scarily prescient for today's listeners. His passion ripples through the words he speaks, and his expertise in creating suspenseful and shocking moments makes the graphic descriptions all too real. E.E.S. Winner of AudioFile Earphones Award © AudioFile 2022, Portland, Maine [Published: JUNE 2022]