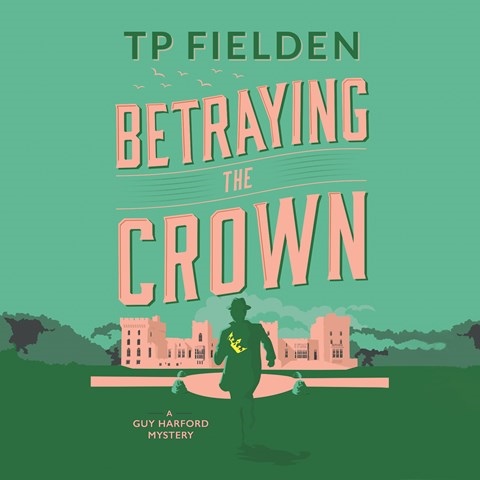 Listeners will relish Joel Froomkin's exemplary narration of this exciting WWII mystery featuring the British Royal Court. The story begins when Lord Blackwater, a courtier, is found dead. Since Blackwater had many secrets, the Crown assigns advisor Guy Harford to investigate his death. Aiding Guy is his girlfriend, Rodie, a burglar turned civil servant, whose lower-class British origins come through in Froomkin's narration. Indeed, Froomkin brings versatility, emotional depth, and great skill to his varied depictions of male and female characters from all strata of European and American society. Froomkin's range with accents is also impressive. Listeners will have a grand time following Guy and Rodie's adventures, wherein suspicion is cast upon the exiled Duke and Duchess of Windsor, and Rodie goes undercover at a ballet company. M.J. Winner of AudioFile Earphones Award © AudioFile 2022, Portland, Maine [Published: JULY 2022]