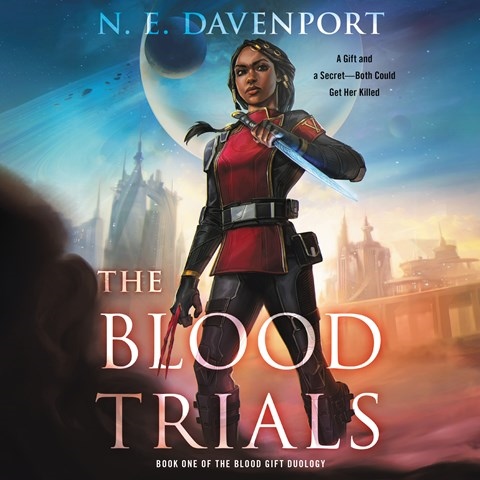 This debut sci-fi/fantasy blend gives narrator Jeanette Illidge a strong young woman to portray. Ikenna is engaged in a life-or-death trial to qualify for the elite Praetorian Guard. Illidge captures Ikenna's determination to survive, especially as she finds out the truth about her grandfather's death. Illidge also conveys Ikenna's bravado and healthy distrust of authority in a culture that is elitist and unfriendly to women, especially those of mixed race. When Ikenna is feeling betrayed, Illidge allows a touch of vulnerability to show through. When Ikenna is guarding the secret of her forbidden blood magic, Illidge injects the right dose of trepidation in her tone. The fight scenes are well paced, and the story never lags. J.E.M. © AudioFile 2022, Portland, Maine [Published: MAY 2022]