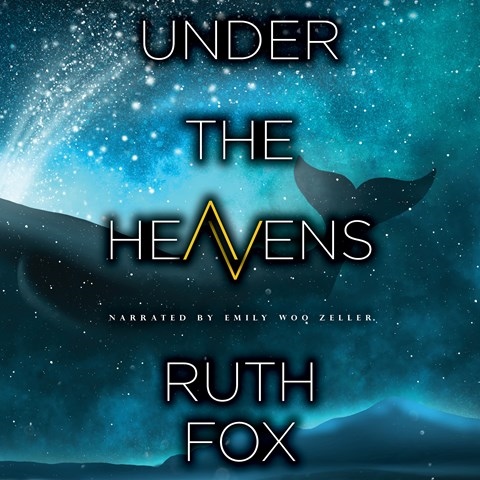 Emily Woo Zeller narrates this first installment of the Ark Trilogy. In 2078, Hannah is on a spaceship, seeking to preserve some of the last whales on Earth by taking them to a new planet. Through social media, the 17-year-old is collecting followers as she chronicles the voyage. Zeller creates an interesting dynamic between Hannah and the computer AI who keeps her on task in the running of the ship. Soon, as the AI grows to think it's in charge and acts on its own initiative, Zeller makes it sound increasingly condescending. Zeller conveys Hannah's growing concern that while she's not alone on the ship, she's on her own and cut off from any outside support. J.E.M. © AudioFile 2022, Portland, Maine [Published: AUGUST 2022]