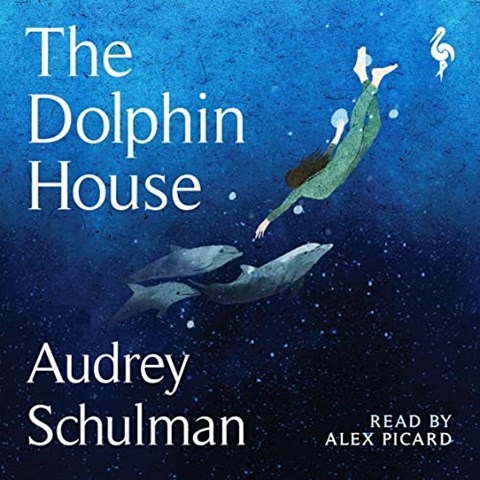 Audrey Schulman's latest novel was inspired by an infamous dolphin experiment done in 1965. Alex Picard's narration is sympathetic to Cora, the young, mostly deaf, young lady who finds her purpose when she is hired to record observations of captive dolphins. Cora's voice is almost maternal as she begins to communicate with the animals. Picard empowers Cora's voice, gradually making it more forceful as she defends the dolphins against the inhumane treatment of the three male scientists, who were doing it in the name of research. The men are condescending toward Cora because of her gender and lack of education, but as she strengthens her voice and connects with the dolphins, they grudgingly begin to listen to her. An author's note and bibliography add historical context on the original research. N.E.M. © AudioFile 2022, Portland, Maine [Published: MAY 2022]