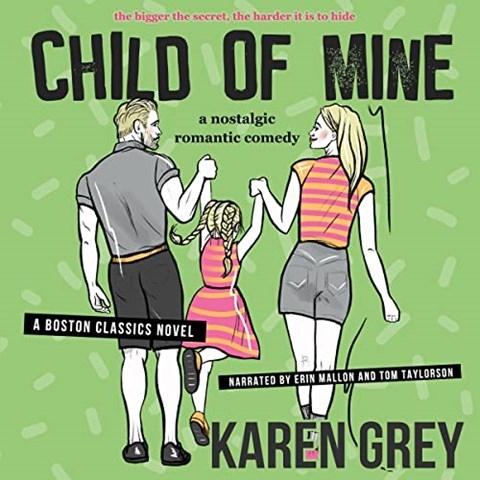 CHILD OF MINE Boston Classics, Book 4

Narrators Erin Mallon and Tom Taylorson combine their talent to tell the story of former child actor Isabella York and television producer Henry York. The two hooked up, resulting in the birth of their daughter, of whom Henry has no knowledge. In Boston in 1989, Isabella and Henry encounter each other once again when they're hired to work on a children's show. Henry is from North Carolina, and both narrators provide light Southern accents. Isabella, a recovering addict, hears voices: the voice of Izzy, the former child star, and the voice of Quinn, the bad-girl soap character she played. Mallon consistently conveys the subtle shifts between the good Izzy and the bad Quinn. Both narrators capture the warmth of the characters and Isabella's vulnerability. S.B. © AudioFile 2022, Portland, Maine [Published: MAY 2022]