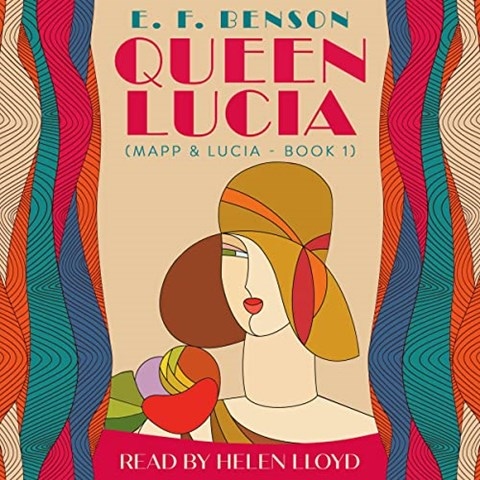 The gentle British accent of narrator Helen Lloyd is a perfect fit for this hilarious story of false gurus, spiritualists, and one woman's desperate attempts to remain the cultural queen of her inconsequential British town. When a dazzling young opera singer makes her appearance in the town of Riseholme, a series of miscommunications leads local social queen Emmeline (Lucia) Lucas to believe her status is at risk. But with her pretentious snobbery, Queen Lucia may be the cause of her own metaphorical uncrowning. Lloyd's pacing is perfect for the subtle British humor and tongue-in-cheek descriptions of locals. Lloyd's warm tone, bright timbre, and British accent make this audiobook a hilarious delight. V.B. © AudioFile 2022, Portland, Maine [Published: JUNE 2022]