Home»Reviews»MY WAR IN THE JUNGLE 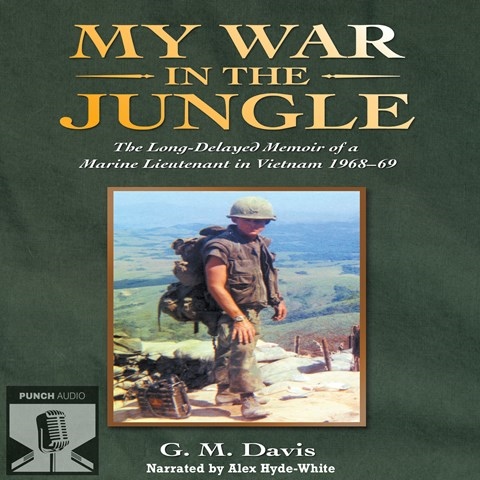 The author served for close to a year as a Marine platoon leader in Vietnam. Alex Hyde-White's narration captures Davis's accounts of humans in combat, jungle conditions, and death. Davis, who became an attorney after the war, describes in vivid detail what war is like from the point of view of the soldier on the ground. Hyde-White's delivery makes all the descriptions come to life; he sounds as though he is addressing the listener directly in person. His pacing, enunciation, and expression are all spot-on. Anyone who wants to hear what war is really like or anyone interested in leadership in action should listen to this audiobook. M.T.F. © AudioFile 2022, Portland, Maine [Published: JUNE 2022]