Home»Reviews»THE GIRL IN THE CORN 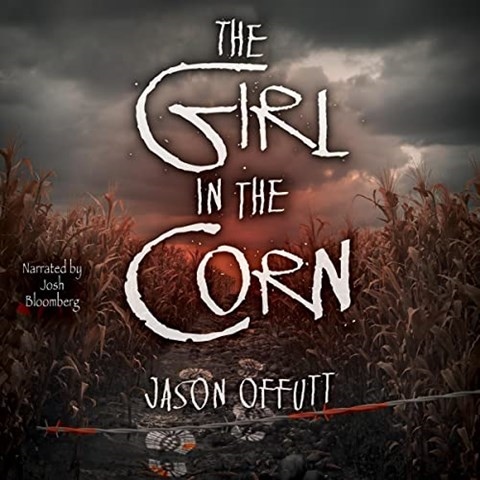 THE GIRL IN THE CORN

Narrator Josh Bloomberg lets fear creep in subtly as he describes 6-year-old Thomas Cavanaugh's first sighting of the "tiny woman" in the cornfield. But that's only the first encounter. Bloomberg picks up the pace four years later when Thomas is first introduced to the fae's dead world. Bloomberg nails Thomas's childlike inner monologue. Soon, Bloomberg focuses on 14-year-old Bobby Garrett, who is being manipulated into murder by an evil denizen of the alternate world. As adults, Thomas and Bobby meet in therapy, and the two embark on a demonic murder spree. Bloomberg keeps listeners curious--and frightened--throughout the twisty horror story, effectively creating an unsettling tour of a violent mind. J.A.S. © AudioFile 2022, Portland, Maine [Published: JUNE 2022]