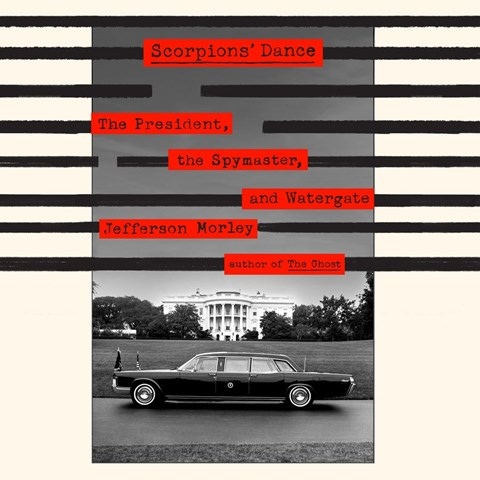 SCORPIONS' DANCE The President, the Spymaster, and Watergate

In this audiobook, John Pruden narrates the story of the intersection of two political figures: President Nixon, who developed into a master politician, and Richard Helm, who became a master spy as head of the CIA. Pruden's performance is engaging as he navigates the path each man took to reach the highest position in his political arena. They transformed the White House into a lawless den of impunity while following a path that ultimately led to disgrace. Pruden's performance draws listeners in as if they are receiving firsthand information in this tale of two Richards. The tone and pacing of Pruden's voice illuminates characters who are playing their roles in the tempest of high political theater. D.S. © AudioFile 2022, Portland, Maine [Published: JULY 2022]