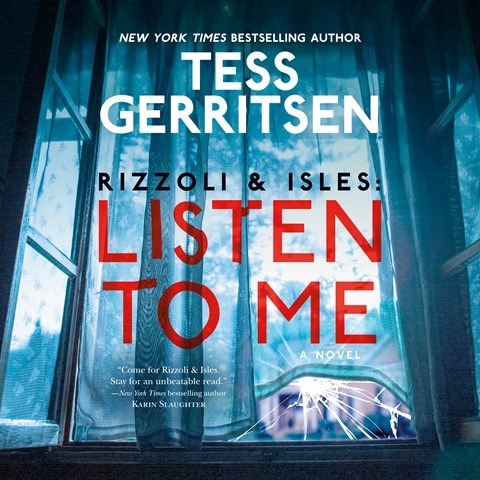 LISTEN TO ME Rizzoli & Isles, Book 13

In the 13th audiobook of the Rizzoli and Isles mystery series, Tanya Eby performs with charm and intensity as Detective Jane Rizzoli, Dr. Maura Isles, and Jane's mother, Angela, resolve not one, but five cases in the Boston area. Eby employs gasps and shortened phrases as she becomes a young woman who is being chased by a stranger and then ends up the victim of a hit-and-run. Suspense builds in Eby's voice as Jane and Maura follow clues surrounding a murder that leads to two more murders and a kidnapping. Eby subtly slips into several New England accents as Angela searches for the reasons that long-standing neighbors seem unconcerned when their daughter goes missing and new neighbors are behaving peculiarly. A heartfelt performance filled with suspenseful twists and turns. S.D.B. © AudioFile 2022, Portland, Maine [Published: JUNE 2022]