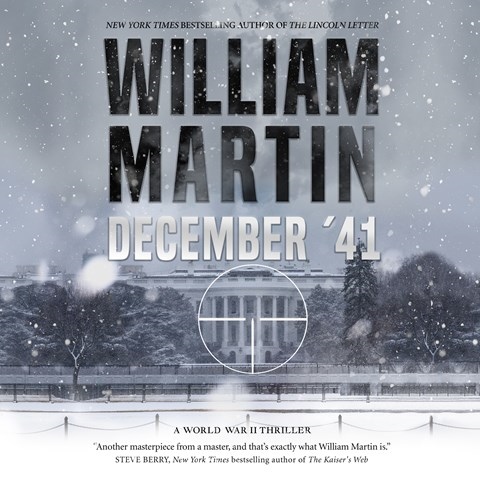 Robert Fass narrates this historical thriller, which takes place in the opening month of WWII. A German agent in Los Angeles spearheads a plan to assassinate President Roosevelt when he lights the national Christmas tree. Martin Browning travels to Washington DC by car and train, hiding in plain sight in various disguises; each new persona is voiced with a slight difference by Fass. An aspiring actress naïvely agrees to pose as Browning's wife during the journey, and Fass portrays her growing suspicion--and infatuation--as they approach the nation's capital. The German-American conspirators are given modest accents, and the Hollywood script reader in pursuit of the couple sounds earnest in his role as a part-time American spy. The glamorous Super Chief train provides interesting historical context. N.M.C. © AudioFile 2022, Portland, Maine [Published: JULY 2022]