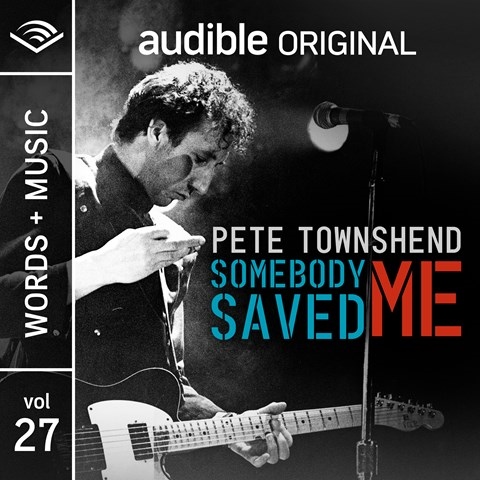 SOMEBODY SAVED ME Words & Music, Book 27

Pete Townshend, legendary guitarist and songwriter for The Who, narrated his lengthy memoir WHO I AM more than a decade ago. He is just as thoughtful, articulate, and compelling in this installment, which is informal and unscripted. The 2-hour listen focuses on Townshend's career from the late 1970s to the early 2000s, a period of both triumphs and turmoil in his musical and personal lives. In one of the more memorable passages, he speaks emotionally about the 1979 tragedy in which 11 fans were crushed to death before a concert in Cincinnati. When he's not speaking, he's singing: The program's musical interludes include fully produced songs, as well as spontaneous jams. D.B. © AudioFile 2022, Portland, Maine [Published: JUNE 2022]