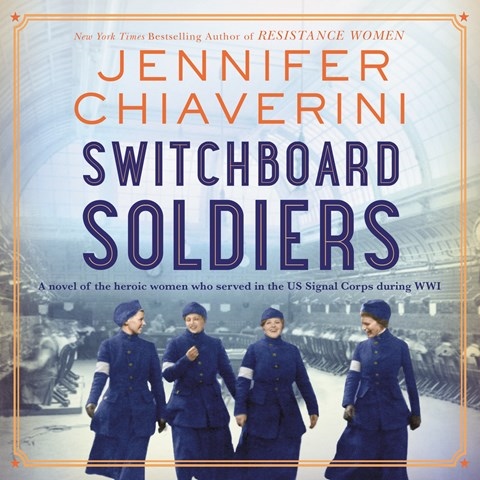 Saskia Maarleveld brings a great deal of enthusiasm to her portrayals of women who served in the U.S. Army's Signal Corps during WWI. They broke the gender barrier while facing mortal danger from the fighting on the front lines and from the influenza pandemic behind the lines. Maarleveld voices these telephone operators whom America sent overseas to help our troops communicate, as well as other members of the American Expeditionary Forces and the allies with whom they interacted. Thus, the narration requires a variety of accents; even the "hello girls" themselves were chosen for their ability to speak French. This is a largely unknown, involving story based on the real-life women whose dedication matched that of the men beside them. E.J.F. © AudioFile 2022, Portland, Maine [Published: AUGUST 2022]