Home»Reviews»DEATH OF A HOLLOW MAN 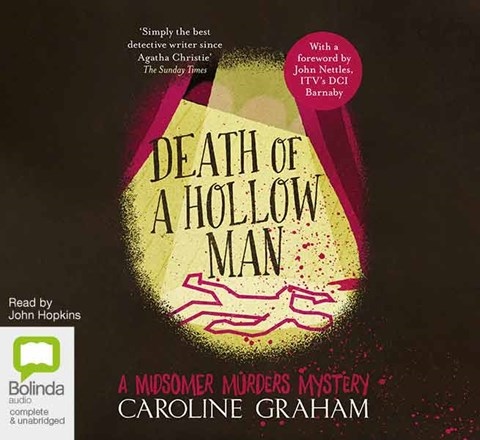 As entertaining as the "Midsomer Murder" television series was to watch, it is even more satisfying to hear an audiobook from the mystery series performed by the talented narrator John Hopkins. The listener learns about characters' thoughts and can analyze their motivations; whereas, television must focus largely on plot. In this early installment of the Midsomer series, Chief Constable Barnaby solves the murder of the leading actor in a local production of AMADEUS. John Hopkins's theatrical training comes into play when actors quote famous lines and when they express strong emotions. Female voices, however, are difficult for a narrator with such a richly masculine voice. Recommended for lovers of literate English police procedurals. D.L.G. © AudioFile 2022, Portland, Maine [Published: JUNE 2022]