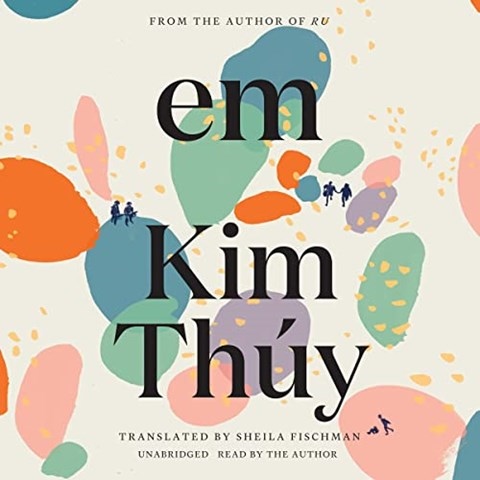 Kim Thuy's English is strongly accented (it's at least her third language, after all), and the rhythms of her speech are not those of a native speaker. But the listener adapts pretty quickly. After that, her tale of Vietnam, as told through the stories of various people caught up in the tragedy of the American War (as it is known there) and its aftermath, comes to life in a series of short chapters. There is a good deal of information about the war and its human cost worked in, but it is never dry or intrusive. Not everyone gets a happy ending, just as in life, but those who survive to the end get a glimpse of a brighter future. D.M.H. © AudioFile 2022, Portland, Maine [Published: JUNE 2022]