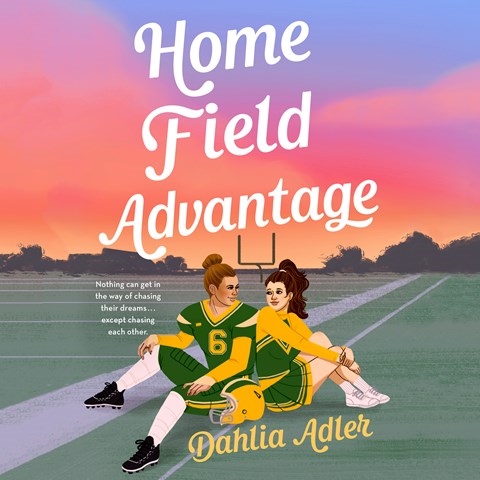 Narrators Natalie Naudus and Lori Prince give this quarterback/cheerleader romance a sizzling fresh take. Prince voices cocky Jack, a new girl and the first girl on the Atherton football team, who is replacing the beloved former quarterback who recently died. Naudus is the smoky voice of Amber, a cheerleader whose laser focus on becoming captain her senior year is threatened by wanting to step out of line and support the much maligned Jack. Prince gives Jack the sardonic yet vulnerable tone of a strong athlete who is being tested by the petty cruelty of high schoolers. Amber's tone is calculating and conflicted as she weighs the benefits of her well-crafted front--her football player boyfriend is actually gay--with her simmering feelings for Jack. Don't miss the fun of steamy teen drama. S.T.C. © AudioFile 2022, Portland, Maine [Published: SEPTEMBER 2022]