Home»Reviews»UNTIL WE HAVE WON OUR LIBERTY 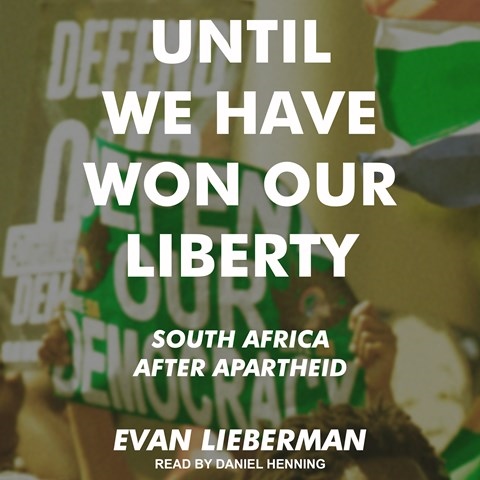 UNTIL WE HAVE WON OUR LIBERTY South Africa after Apartheid

As Evan Lieberman takes stock of South Africa's progress with democracy, Daniel Henning narrates with personal emotion. To provide context, the audiobook begins before the end of apartheid. But Lieberman's focus is the election of 2019, during which he found much inequality and disaffection. Henning brings alive the grumbles of voters, people's recollections of living with fear and tension, and the passionate slogans of political speakers. His narration hits home the many signs of poverty, such as the people picking through rubbish bins, while staying upbeat with respect to the nation's positive direction. Lieberman shows that South African democracy has accomplished a lot but still has to overcome problems such as corruption, poverty, and unemployment. J.A.S. © AudioFile 2022, Portland, Maine [Published: OCTOBER 2022]