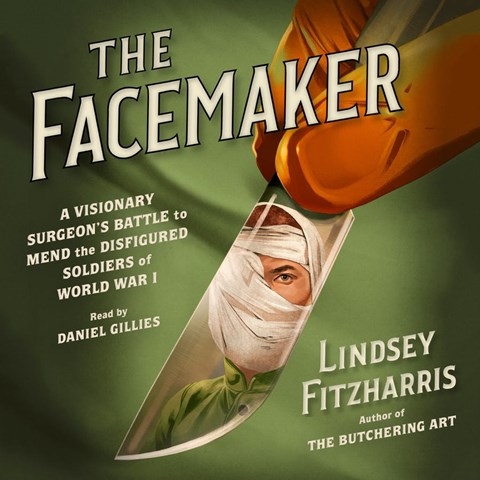 Daniel Gillies sounds weary at times as he narrates accounts of WWI battles--much as the soldiers who fought the battles might have. Listeners will come to feel that the new war technology of the time only brought new ways to disfigure faces. That's natural for an audiobook about the man who found new ways to put those faces back together. Dr. Harold Gillies also saw the need for hubs in which to perform this restorative plastic surgery. Gillies's British accent describes the facial injuries with understated delicacy, capturing the care put into journalistic accounts during the war. That delicacy also enhances the lighter anecdotes, such as the one about Gillies's encounter with a ballerina with a scissors wound. Listeners may tire of the descriptions of Gillies's techniques, but they're intended to show the horrors of war. J.A.S. © AudioFile 2022, Portland, Maine [Published: AUGUST 2022]