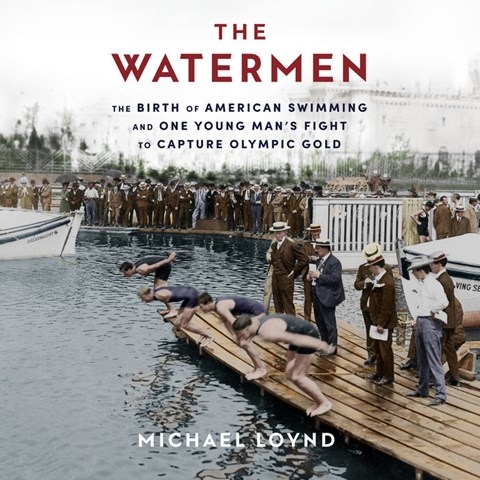 by Michael Loynd | Read by Will Damron

Narrator Will Damron's ability to pace and shape nonfiction shines in this story of a forgotten Olympian. Damron performs with his trademark precision and verve. He merits kudos for his restrained enthusiasm, which is essential in an audiobook packed with thrilling aquatic victories. This history of America's first forays into international swimming focuses on the modest but supremely gifted C.M. Daniels, whose life--son of a highborn but low-life father and sadly divorced mother--is measured by his extraordinary swimming accomplishments in the early twentieth century. He set Olympic and world records, was this country's first great swimming champion, and invented the "American crawl," which has been adapted around the world. He died in oblivion on the California coast. A.D.M. © AudioFile 2022, Portland, Maine [Published: JUNE 2022]