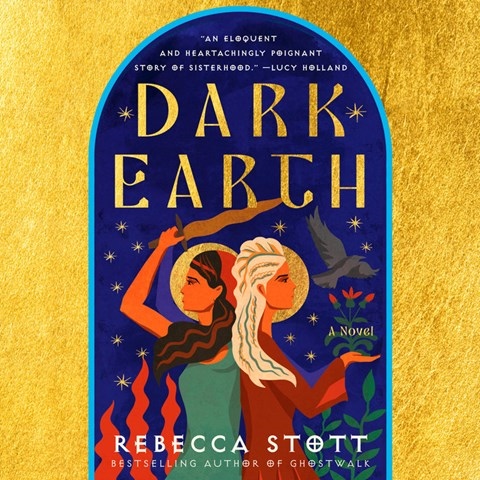 Narrator Hannah Morrish's soft voice enhances this enchanting tale of two young Saxon women of Londinium, Britain, 500 CE. Isla is voiced as a serious woman who was trained in secret by her father, the Great Smith, to make "fire-tongued" swords. Blue has a gift for seeing visions, healing, and magic, and Morrish gives her voice a tone of otherworldliness. Morrish uses a melange of British accents for the host of other characters who range from bloodthirsty soldiers and warrior Saxon kings to soft-burred women of Saxon and Brittonic tribes. Morrish dramatizes the story of brave women as their old ways, magic, and customs are pushed out by early Christianity. Morrish's crooning voice wafts through this tumultuous story's vivid descriptions of life in long-ago Britain. M.B.K. Winner of AudioFile Earphones Award © AudioFile 2022, Portland, Maine [Published: AUGUST 2022]