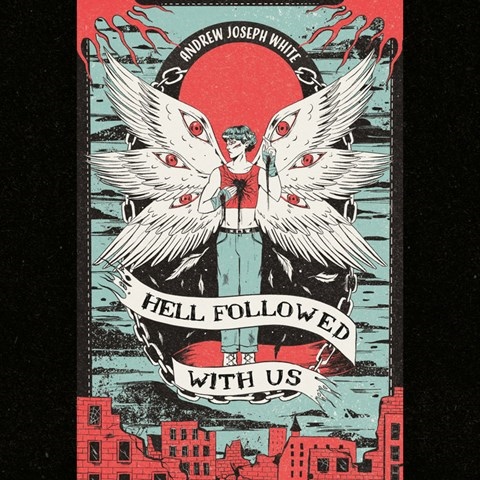 HELL FOLLOWED WITH US

Three narrators deliver a chilling apocalyptic story. Narrator Shaan Dasani introduces Benji, whose father has just been killed. Now an evangelical cult is out to get Benji because he's transgender. Dasani's narration gradually reveals how Benji has been set up to destroy the world. Instead, he wants to destroy the cult. Short, interspersed sections feature Graham Halstead and Avi Roque as minor characters Nick and Theo. In a calm, soothing voice, Halstead portrays Nick, who identifies as being on the autism spectrum. Near the conclusion, Roque delivers a chapter from the point of view of Theo, Benji's former fiancé, who is disgusted by his own compulsion to assert power. This haunting, visceral audio is sometimes a difficult listen. S.W. © AudioFile 2022, Portland, Maine [Published: AUGUST 2022]