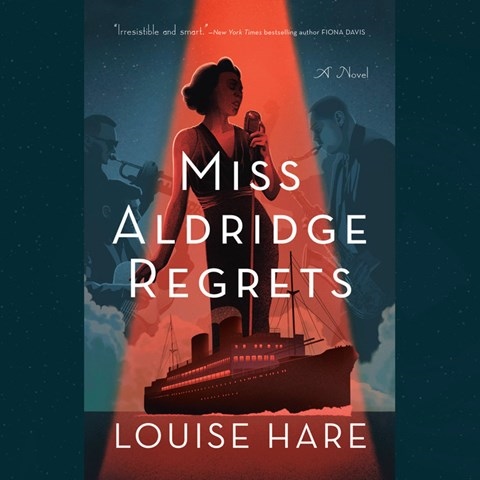 British actor Georgina Campbell is the perfect performer to narrate the story of a mixed-race London nightclub singer who gets what appears to be the chance of a lifetime to star on Broadway. Lena Aldridge is anxious to leave town for a number of reasons, including her involvement in the poisoning of the nightclub's owner. The clear, incisive voice of Campbell follows Lena as she crosses the Atlantic in 1936 aboard the opulent QUEEN MARY. She becomes involved with some dysfunctional fellow passengers, especially the wealthy, unlikable Abernathy family, whose American accents are unique. Murder and chaos follow Lena aboard the ship. Listeners seeking a glitzy historical mystery will enjoy this skillfully presented performance. D.L.G. © AudioFile 2022, Portland, Maine [Published: JULY 2022]