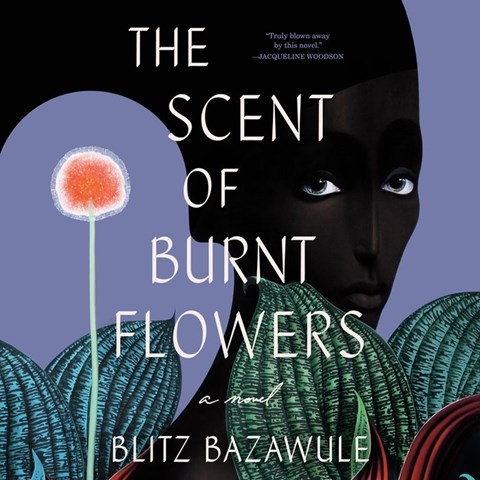 THE SCENT OF BURNT FLOWERS

Narrator Dion Graham delivers Bazawule's debut novel about an African American couple who flee the U.S. to avoid prosecution for defending themselves during a confrontation in the 1960s. Melvin and Bernadette board a plane headed to Ghana to seek asylum during this volatile period in American history. Once in Ghana, they befriend Kwesi, who is attracted to Bernadette. Unknown to them, CIA Agent Hughes is hot on their trail. Ever the vocal chameleon, Graham builds tension as Melvin's options narrow and Bernadette protects a secret. He captures Hughes's doggedness as he closes in on the couple. Graham slips in and out of American and Ghanaian accents with seeming ease and pronounces Akan words with precision in this thriller with a touch of fantasy. S.D.B. Winner of AudioFile Earphones Award © AudioFile 2022, Portland, Maine [Published: AUGUST 2022]