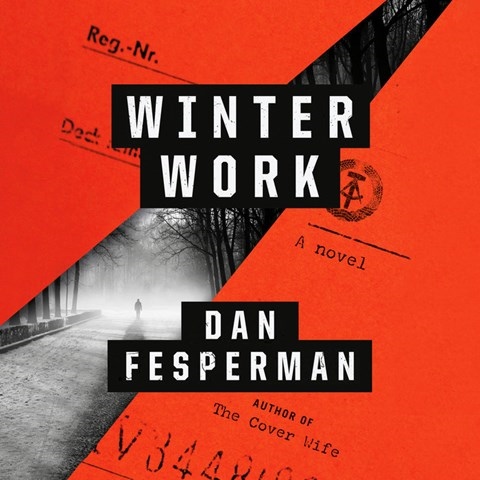 The dramatic upheaval felt by East German spies when the Berlin Wall fell serves as the backdrop for this audiobook, narrated with precision by author Dan Fesperman. The story begins with the suspicious death of one such spy, named Lothar, while also focusing on the efforts of CIA agent Claire Saylor as she is pursuing a high-ranking official. Fesperman transitions adroitly from the keyboard to the mic, delivering the audiobook with the skill of a seasoned narrator. He is particularly adept at dialogue and uses a variety of tones and accents to bring every character in this captivating thriller to life. D.J.S. © AudioFile 2022, Portland, Maine [Published: OCTOBER 2022]